The Birmingham Hammers announced their 2017 NPSL schedule earlier this week. Despite still needing to finalize a few roster spots and wrap up a few last-minute touches to the team, the path to a 2017 NPSL Southeast Conference Championship has become much clearer.

“We have several interesting matchups this summer,” said club President Morgan Copes, “most notably, the midweek game against Chattanooga. The schedule is going to be very challenging and will really test our new coaching staff as well as their players. We are determined to make SHAC a fortress for us this summer.”

The Hammers finished their 2016 NPSL campaign with a record of 2-7-1, having scored a league-low 1.0 goals per match while giving up 1.9 goals per match to their opponents. But their record from their inaugural NPSL campaign can be deceiving. It is notable that the club finished on a high note, taking series victories both over Memphis City FC and Nashville FC.

In 2017 however, much more is to be expected of the Boys in Red as there is no longer a learning curve for how to compete and win in the league. The NPSL Southeast Conference went through a realignment in the offseason, so there will be new tests in 2017. Below you will find all you need to know about the Hammers’ 2017 NPSL opponents. 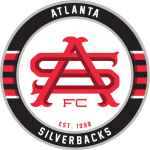 What you need to know: A team with a rich (relatively speaking) history for the NPSL, the Atlanta Silverbacks have been around for 19 seasons. The franchise played in the NASL through the 2015 regular season. But unable to find new ownership, the club’s affiliation with the 2nd division league was severed. The future of the Silverbacks rests with the NPSL.

The Hammers should be aware that the Silverbacks are coming off a highly successful 2016 NPSL campaign. The Silverbacks finished the year with a 7-2-4 record with a respectable loss to Miami United FC in the NPSL playoffs. The Silverbacks averaged 1.76 goals per league match in 2016 while only allowing their opponents to score 1.0 goal per match. Their crowning victory last season came against Tobacco Road FC with a 2-1 victory in the NPSL South Atlantic Conference Championship match.

What you need to know: Inter Nashville F.C. is joining the NPSL in 2017. They are filling the vacancy left by Nashville FC when that organization bolted for the USL. The club will play its home matches in Antioch, TN, a suburb of Nashville. Inter has been around at the youth levels since 2011.

What you need to know: Chattanooga FC is a perennial NPSL power club, and is easily the favorite to win the NPSL Southeast Conference heading into the 2017 season. CFC was founded in 2009 and has been growing their brand ever since. CFC posted a 13-1-1 record in 2016, easily maneuvering past their conference rivals. CFC scored 2.2 goals per league match while only allowing 0.40 goals per match to their opponents. Chattanooga FC ran into their first loss of the season in the quarter finals of the NPSL Playoffs against Sonoma County Sol, losing 2-1.

The home and away matches against the Hammers in 2016 were competitive. CFC traveled to the SHAC early in the year and came away with a hard-fought 1-0 victory (video highlights). The Hammers made the return trip to Chattanooga later in the season and lost 2-o to the boys from the Scenic City.

As expected, the two 2017 CFC matches are critical to the Hammers’ success. The Thursday home match on June 8th is a big one for Birmingham. Go ahead and make plans to leave work a little early and attend this game to see the Hammers test their mettle against the gold standard of the NPSL. It should be a fun one. 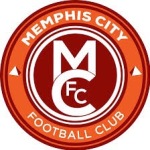 What you need to know: Like the Birmingham Hammers, Memphis City FC joined the NPSL in 2016. But unlike the Hammers, MCFC experienced many successes in their inaugural campaign. The club finished with a 6-4-2 record with an appearance in the NPSL Southeast Conference championship match, ultimately losing to Chattanooga FC 2-1.

Memphis City FC looks to build upon their 2016 success by continuing to bang in 1.75 goals per match while only allowing their opponents 1.16 goals per match. If the Hammers want to make the playoffs, they will need to earn a result on the road in Memphis early in June and then take all 3 points against the Rogues in the home season finale on July 1st. 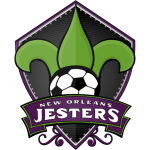 What you need to know: New Orleans experienced a hot and cold season in 2016. The Jesters posted a 4-5-2 record against NPSL opponents. They scored 1.45 goals per match while giving up 1.63 goals to their opponents. They ultimately placed 3rd in the NPSL Southeast regular season and lost to Memphis City FC in the conference semifinal matchup.

The Hammers welcome the Jesters to Birmingham on June 10th where the result last year was a 1-1 draw. The Boys in Red will travel to the Big Easy on July 8th for the regular season finale and more than likely a playoff spot will be on the line. Is there a better road trip on the schedule than this one? Not a chance!

What you need to know:  The Knoxville Force played well enough to finish 4th in the NPSL Southeast Conference in 2016. However, they finished the season with a 4-7-0 record and a 0-5 drumming by Chattanooga FC in the conference semifinal. The Force scored 1.18 goals per match last season while allowing a league-worst 2.63 goals per match.

The Force and the Hammers know each other well. They have played each other in 2015 and 2016, with the Force taking all three matchups. If the Hammers expect to grow on the field in 2017, they need to make sure that they take care of business in the heart of their season against Knoxville. Otherwise it may be another long season for the Boys in Red.

If you are interested in becoming a Guest Blogger on the Birmingham Backline, click this link and learn about the opportunity to share your thoughts on local soccer with a growing readership in the Magic City.

← 2017 Hammers Open Tryouts – What We Learned On Day 1
Southern Crowds come out for opening MLS Weekend in Atlanta; Meanwhile in Birmingham: Crickets →

1 comment for “The Birmingham Hammers 2017 Schedule: Avoiding the Sophomore Slump”